Just a few pictures from Saturday. We didn't have any new snowfall, but the wind shifted and gave us some big drifts--including nineteen inches in the previously-cleared driveway. 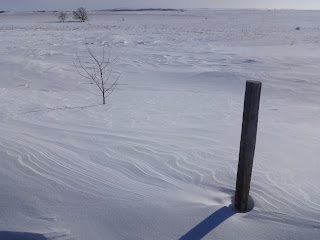 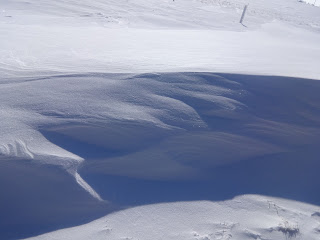 The snowdrift between the house and the future orchard measured 27 inches. 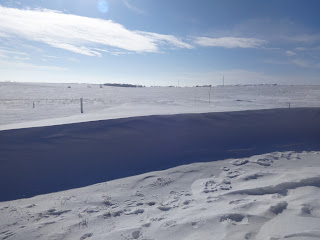 South Dakota's Senator John Thune, writing in the National Review, notes that "after losing large majorities in the House and Senate" President Obama came to rely on executive actions instead of compromise legislation to accomplish his goals. The result:

In short, most of the president’s legacy is paper-thin and may not outlast his final year in office. Even the president’s two actual legislative achievements may not long outlast his administration. Obamacare is already collapsing under its own weight, and parts of the president’s Dodd-Frank law are under scrutiny by Congress. Thanks to the president’s decision to bypass the people’s representatives in Congress, his real legacy may turn out to be that he doesn’t have one.

This is a good reminder for those who falsely claim that Congressional Republicans have given Obama everything he wanted--he has not had a legislative achievement since before Republicans took the House of Representatives in 2010.

Read the rest here.
Posted by Nick at 9:19 AM No comments: